The RJO provides a Saturday workshop for students in Northern Nevada who would like to work on improvisation, jazz theory, ear training, and small group performance. Currently taught by Dylan Coleman-Tunstall, 2 sessions are offered for 8 weeks per semester and 2 levels are offered. This is an excellent opportunity for young musicians who would like to work on skills that they don’t work on in their school ensembles regularly.

I moved to the Reno-Tahoe area in 1978 to find work in the showrooms. I was fortunate to find full time work until casinos no longer hired orchestras in the early 1990s. It was off to school to learn a different skill to pay the bills but I continued to play in town with the Reno Phil, Reno Jazz Orchestra (RJO), and the occasional showroom gig...

Live at the Village Vanguard: The Music of the Thad Jones and Mel Lewis Orchestra

This big band jazz Orchestra became world famous, especially with their 1967 release, Live at the Village Vanguard. The album was nominated for a GRAMMY in that same year under the category of "Best Instrumental Jazz Performance of a Large Group." The band went on to win a GRAMMY in 1979.

The Reno Jazz Orchestra is proud to be a part of Artown's 27th Annual Festival and the Monday Night Music Series. Come celebrate America’s birthday with a festive night filled with your favorite patriotic music and songs performed by Northern Nevada’s finest jazz musicians. 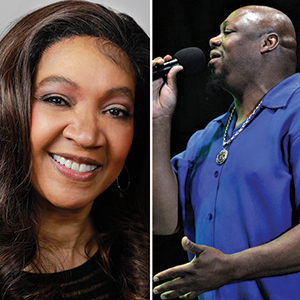 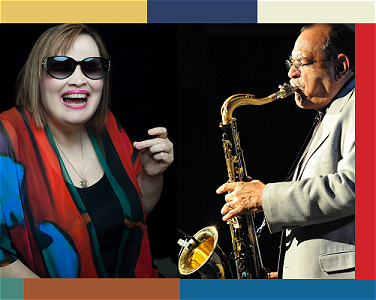 Our New CD On Sale Now!

Spirits is our brand-new CD featuring the music of Earth Wind & Fire. It is the culmination of great recording sessions and studio polishing over the course of nine months. EWF’s music expresses hope, inspiration, and joy. The perfect elixir to re-engage with the world. Many of these songs you will know (and sing along) others might be new to your ears.

A Moment of Giving, A Lifetime of Music

As a Legacy Society member, your passion, support, and dedication to our organization and fans worldwide will be forever treasured. With your commitment to create your personal legacy for the Reno Jazz Orchestra, you will sustain that extraordinary legacy of music and education that we are honored to share with our fans and community as well.

Listen to Original Compositions on the RJO YouTube Channel

The RJO concluded this year's Jazz in the Schools program with an online concert featuring RJO trumpeter Julien Knowles with his quartet performing original compositions. The group played thirty minutes, then broke to answer questions from the participating students, and then the Quartet finished with another thirty-minute performance.

Ante Up For Education

Our mission is to build a greater appreciation of jazz in Northern Nevada by providing outstanding big band performances, promoting the artistry of Reno Jazz Orchestra musicians through a variety of ensembles, and supporting jazz education through a mentorship program in middle schools, high schools, and colleges. All combined, we contribute to the vibrancy, diversity, cultural vitality, and quality of our community’s artistic life.

For readers who may be unfamiliar with the RJO, the Reno Jazz Orchestra is Northern Nevada’s premiere big band, in existence for over two decades and featuring some of Northern Nevada’s best jazz musicians. Unfortunately, Covid-19 has presented the RJO from performing live since the beginning of the pandemic. This article will review how the RJO has continued to function in the absence of live concert performances.

To Our Wonderful Fans

Stay in touch with the RJO by joining the RJO Fan Club. All we need is your name and your email address. We'll keep you informed about upcoming performances, events, and our plans for the future. We promise, we won't give your info to anyone outside our organication, and we won't fill your inbox with countless emails, but we will remind you of great music you won't want to miss.